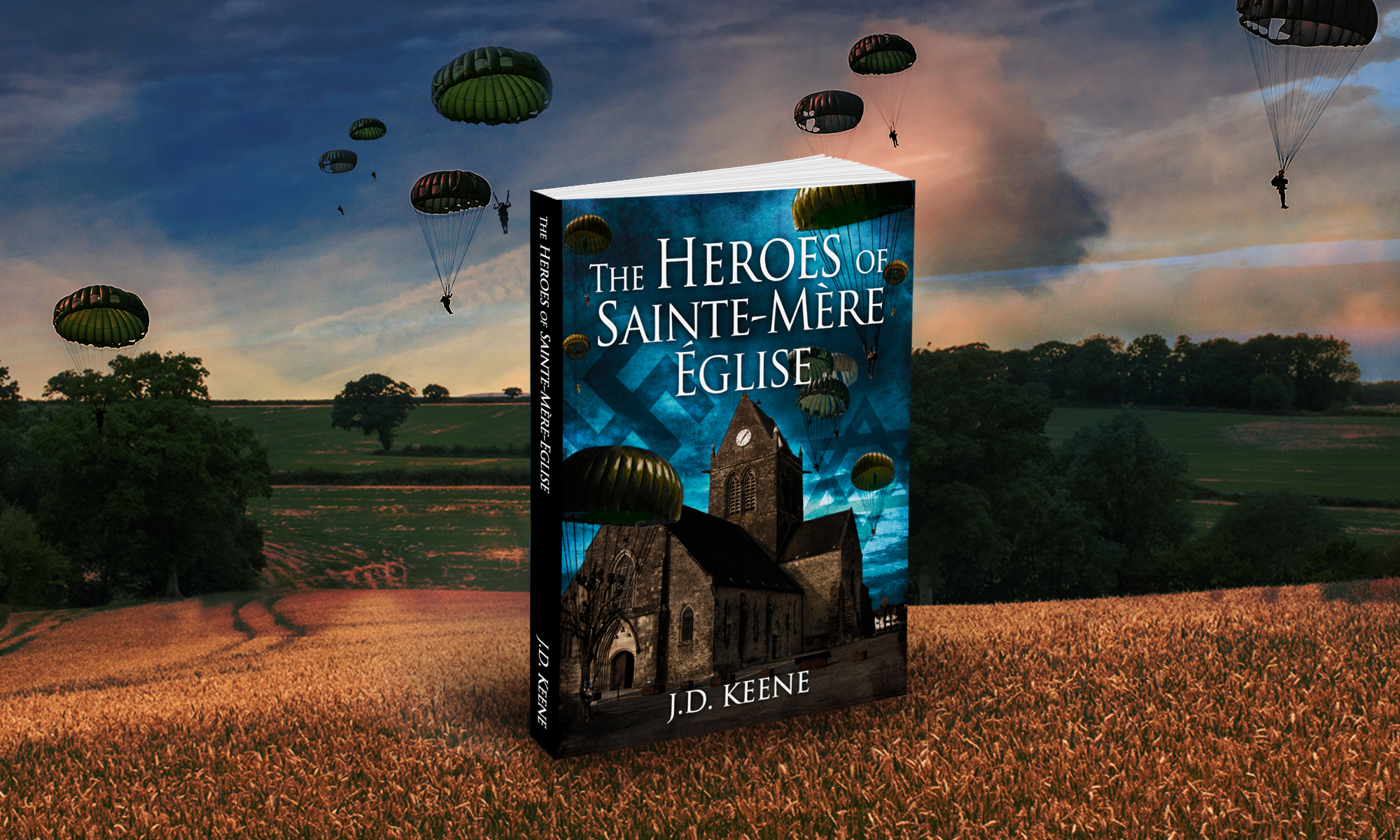 On May 10, 1940, SS Sturmbannführer Gunther Dettmer stands on the border of Germany and France. He waits with the German war machine for the order from Adolf Hitler to start the western Blitzkrieg—the “lightning war.”

Six hundred kilometers away, WWI veteran René Legrand plows his fields. He is enjoying the life he has made with his wife and two sons in the peaceful village of Sainte-Mère-Église. Since the end of the last war, he has tried to forget the atrocities he’d witnessed. Most of all, he has tried to forget the horrors he inflicted on others as the deadliest assassin the French Army has ever known, unaware he will soon need the skills of war he once used to perfection.

His youngest son, Jean-Pierre, lives the life of a typical thirteen-year-old. He attends school, helps his father in the fields, and tries not to be nervous around the mesmerizing Angelique Lapierre. Events will soon force him to become a man, and along with his father, brother, and a small group of citizens, harass their German occupiers and help the Allies prepare for the D-Day invasion.

Guilty of nothing other than being a Jew, Jean-Pierre’s best friend, Alfred Shapiro, flees to Spain with his family. They hope to make it through the treacherous Pyrenees Mountains before the Nazis capture them. Working with the French Resistance, Gabrielle Hall uses her beauty and cunning to obtain military intelligence from the Nazi officers who frequent her café.

In Fort Benning, Georgia, Captain James Gavin discusses a plan with Major William Lee to begin the U.S. Army’s first parachute platoon. Four years later, General “Jumpin’ Jim” Gavin will descend through the night sky and into Normandy, France, along with the greatest invasion force the world has ever seen.

These and others are the heroes of Sainte-Mère-Église.