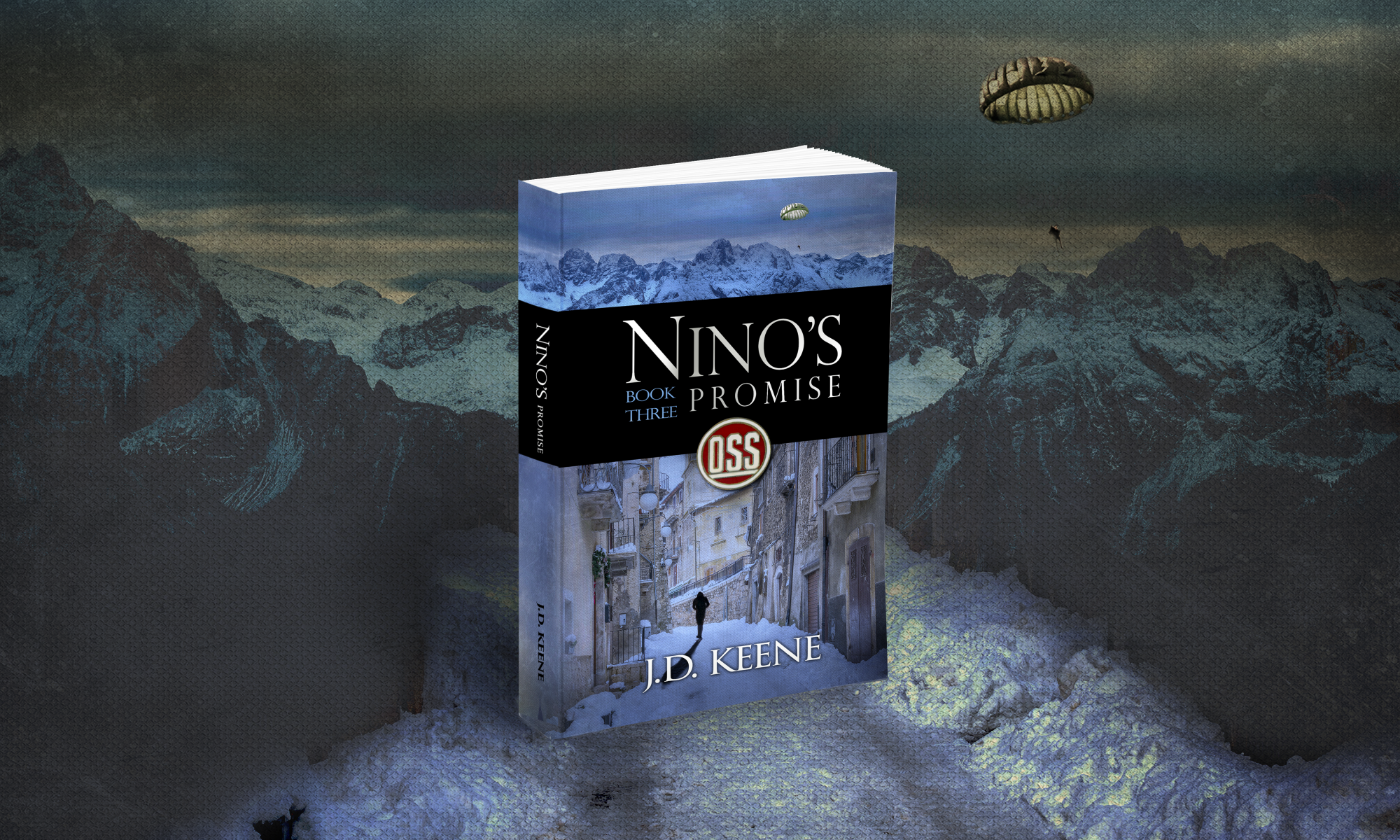 He’s a simple family man who adores his wife and their two young children. Yet there’s another side to OSS Agent Nino Servidei known only to a select few. He’s a specialist—the man the US government inserts behind enemy lines to covertly recruit and organize Italian partisan groups.

After returning home from his most recent assignment in Sicily, Nino is once again called upon by William J. Donovan, the director of The Office of Strategic Services. With the Allied northern offensive in Italy bogged down, Nino’s mission will be to locate and lead the hodgepodge of partisan brigades roaming the Italian Alps. Once they are found, Nino must persuade this band of renegades to assist him with destroying enemy supply lines and harassing the German army.

But from the moment Nino arrives in Italy, he’s confronted with danger and unexpected encounters. One of which will force him to make a promise that may jeopardize not only his mission but his life.

Nino’s Promise is book three of the Nino Servidei series. If you enjoy World War II historical fiction that is packed with suspense, rich characters, and a touch of romance, the Nino series is a must read.